Louis Attracted by the 3rd Sex 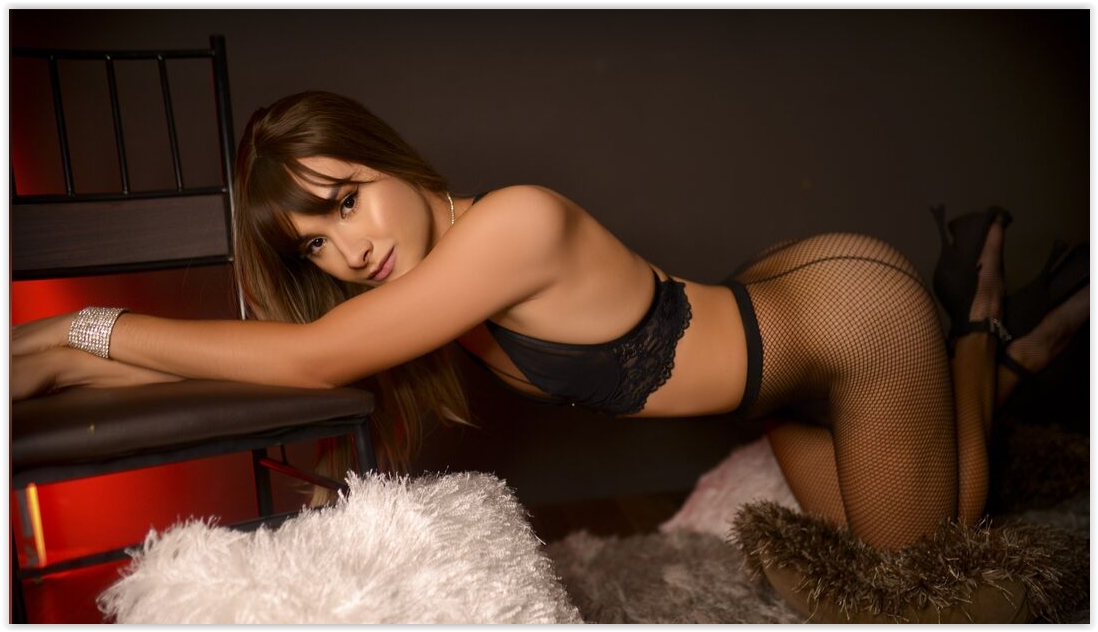 French man stops at a restaurant and meets a handsome shemale

Sometimes, after interminable dinners or boring evenings, Louis stopped to have a drink at “Chez Lado”: a night bar, close to his home. It was a small space of about sixty square meters where all the underworld fauna of the Parisian night used to meet the 3rd sex, especially transvestites and other transsexuals. Aldo was the name of the boss who looked like “Michou” but more virile and supervised from his bar the entries and exits but also the excesses of his clientele. Louis liked this place because there was always something interesting and entertaining going on with this underground side. Everybody knows it, but nobody has been there! Most of the time, the impromptu entertainment came from the transvestites, who put on a show with extravagant dancing.

The 3rd sex was much better than “zero sex appeal” girls

In many ways, they were much more exciting than some “zero sex appeal” girls he had just spent the evening with. He had besides read in a newspaper like Psychology Magazine an article with an evocative title like “Help, my husband likes transsexuals!” which explained that the men attracted by the 3rd sex do not have necessarily a homosexual tendency. On the contrary, often the true homosexuals are not attracted at all by a transsexual. It is really a desire of heterosexuals. He appreciated this ambiguity, frequently disturbing so much it was sometimes difficult to imagine that a penis hid in these panties. Most of the time, he was content to have a drink and eventually have his balls groped through his pants by one or two of these extravagant women and end up going home. It was just one evening, while he was sitting at the bar enjoying the show, that a transsexual came to sit on the nearby stool to order a drink.

Then it turned over towards him by taking a cigarette by saying of a serious voice: “You could not light me?” with a broad smile. “Of course!” answered Louis, taking a lighter out of his pocket to light the cigarette. “You’re nice!” she said, spitting out her first wisp of smoke. “Thank you!” he mumbled, “Oh! But you’re shy!” she said, putting her hand on his thigh. Then she asked a lot of questions, apparently trying to make conversation. “Where do you live?” “Are you married?” “Do you often come to Aldo’s? Without going into too much detail, Louis answered the questions so as not to appear too unpleasant. She was dressed very “femme fatale” with a suit whose skirt reached mid-thigh and from which one could see the beginning of a sheath on which black stockings were hung. She wore patent pumps with stiletto heels. Not only that, but she had natural blond hair on a redone face. She was attractive by her eccentricity and her ultra femininity. Only her hands made it clear that we were not dealing with a “real woman” but with “a cock clone”.

She touched his cock

She became more and more intrusive by groping the thigh and the arm of Louis, seeking to attract his intention. Of course, she ended up stroking his sex through his pants and took Louis’s hand to put it on his chest. “My name is Brenda! And you?” she asked, “Louis” he replied spontaneously biting his lip not to have given a false name “And you come from where Brenda?”. “I’m from Argentina, Mon Chéri! We are hot-blooded, you know. “You speak French very well,” he added, so as not to disappoint her. Then followed a conversation just as banal as the one already started. The creature ended up proposing to Louis to spend a moment together. “I’ll take care of you!” she said, putting her arm around his neck. She proposed to go to the small hotel nearby. “Normally it’s €150 for an hour. But for you, I’ll do it for €100 because I like you. He hesitated, but he was starting to get really excited, especially since she was whispering in his ear all the things they were going to do. “I’m a pig! You will not regret it” she finally said as a final argument to decide. “I don’t doubt it!” he said with a smile.

Louis and Brenda left “Lado’s” and she took his arm to go to the adjoining hotel. She stood back a little as Louis checked into the room before taking the key. Obviously, the night watchman was complicit, and he did not ask any questions. Once in the room, Louis was not sure what to do. He sat down on the bed and waited for Brenda’s instructions. She turned off the light and left only the bathroom light on to create a more intimate atmosphere. “You can put your things on the chair,” she said, “don’t forget my little present”. Louis complied and put two €50 bills on the bedside table, then undressed and simply kept his underwear and approached Brenda. She had also undressed and was wearing only her stockings and garter belt with her thong, and had kept her stiletto pumps. She was proud of her imposing silicone chest. This one put herself in front of him and gently touched his back and his hips as if to make him shiver. She pinched then his two nipples to make him hurt, then lowered his underpants. She touched his cock and kissed him on the mouth, mixing her tongue with that of Louis.

He appreciated this intrusive kiss. She asked him to kneel down in front of her and pulled his cock out of her thong. It was a real big one, already well swollen by the excitement. “Suck, Baby!” she ordered, taking his head. Louis resisted a little: “But I never did that!” he said. She did not leave him too much time to explain and put his sex in her mouth. Louis began to suck her and almost choked when she pushed him down her throat and began to come and go. He began to appreciate what he was doing. “You are a good little bitch” she threw to his intention as a compliment. She turned and with both hands spread her buttocks and ordered: “Lick, little bitch! It carried out and inserted its head between its two globes. He licked her little hole while penetrating her tongue inside and then returned to suck his cock by pulling it back. Brenda seemed to enjoy it and moaned words in Spanish that he didn’t understand. She asked him, “Do you want me to fuck you?” “What?!!!” he replied surprised, She slapped his buttocks and insisted, “That I fuck your little ass!” “But I’ve never done that,” he said a little panicked, “Your cock is huge”. “I’m doing this slowly! You’ll like it! This didn’t seem to be negotiable! Obviously, Louis couldn’t get away from it, and he was also all giddy with this new experience. “Get down on all fours on the bed. Little whore! I will prepare you well” She tore off with her teeth a condom pouch that she put on her sex and spread Vaseline on Louis’s anus.

He felt the glans approaching his buttocks, and she forced gently to try to penetrate him. Louis screamed that it hurt him and tried to evade. She then stopped her progress a few seconds so that he could breathe and continued more and more. He was in pain, and it was not pleasant at all. Once she had inserted his sex in whole. She waited for a little before starting a small back and forth and then accelerating regularly. She put her fingers in Louis’s mouth like a horse bit. The latter began to appreciate as the pain disappeared and he took pleasure in being fucked. She stopped sodomizing him and ordered him to lie on the bed with his legs up. She put herself on top of him to penetrate him in the position of the missionary and rolled him: “You are my little whore! Tell me you love” she whispered in his ear. “Yes, I like your cock!” replied Louis. He was in the arms of a transsexual offering himself as a small female, and that excited him more than the sodomy in itself. At the end of the session, Louis got dressed as quickly as possible, wanting to leave the room where he had been taken by a transsexual. He opened the door slowly not to wake up the neighboring rooms and of a sign of the hand, he greeted Brenda who was hanging on the bed.

Attracted by the 3rd Sex

Summary Louis liked this place because there was always something interesting and entertaining going on with this underground side. Everybody knows it, but nobody has been there! Most of the time, the impromptu entertainment came from the transvestites, who put on a show with extravagant dancing.

Louis Attracted by the 3rd Sex 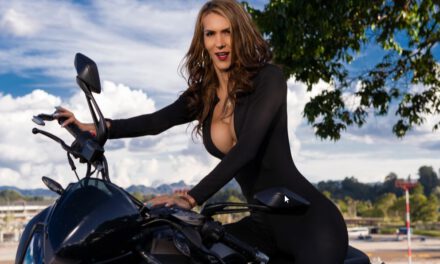 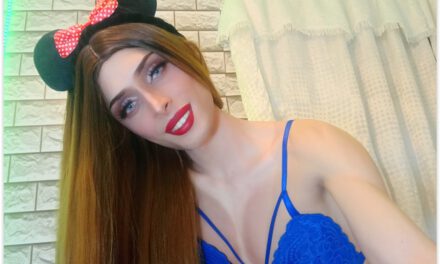 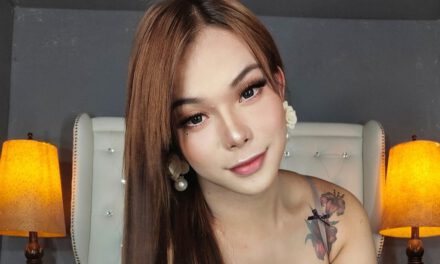 The new employee has an Extra

This site uses Akismet to reduce spam. Learn how your comment data is processed.